AWELF accomplishes its mission through international partnerships that financially support programs pairing promising young talent with leaders in the communities we target.

AWELF was founded by social entrepreneur and Best Selling book author, Arthur Wylie, who after starting in his dorm room over 20 years ago, went on to oversee 1,200 clients and $750 million in assets, transactions, insurance, real estate, and intellectual properties. Wylie’s best-selling book – Only the Crazy and Fearless Win BIG! – has become a social movement and often referred to in pop culture as one of the top business and personal growth books ever written. This has lead to over 100 speaking engagements internationally, including a featured TED Talk. Find out more about Arthur Wylie.

Project: NOW was co-founded by actor/entrepreneur Dale Godboldo (The People v. OJ Simpson) and his International Arts & Philanthropy Foundation – dedicated to promoting the 17 Global Goals world leaders agreed to for a better world by 2030… 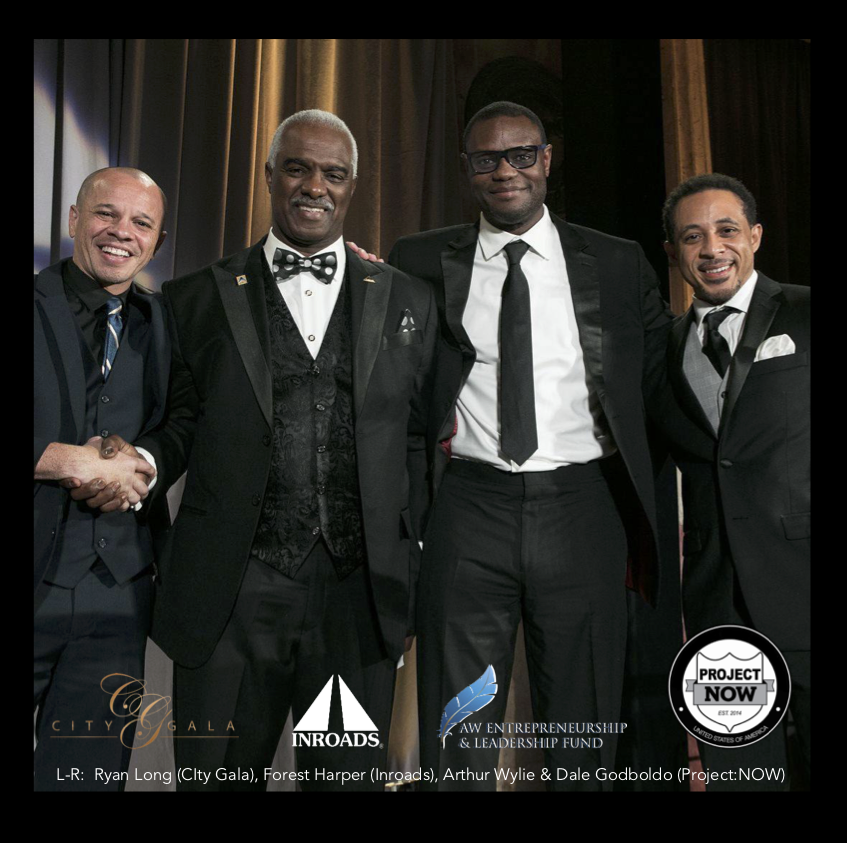 Find out more about Project:NOW

AWELF sponsors the City Summit & Gala – helping entrepreneurs accelerate their businesses and assisting established (and start-up) non-profits founded by community leaders with increasing their visibility/awareness, access to our network of donors, training where needed, and expansion (or seed) funding so that their organizations can thrive.

City Summit – 40 World-class Socially Conscious Business Acceleration Experiences held throughout the year and around the country. With over 5,000 attendees, we elevate their business acumen by giving them tools, techniques, knowledge, insights, motivation, and top-level networking relationships, culminating on our 3-day Marquee Summit held in LA during the weekend of the Oscars (Feb. 21-23). See list of our Legacy Speakers.

City Gala (Feb. 24, 2019) – Advancing Humanity Through Humanitarian Activities & Events. The red-carpet charitable fundraiser is held on the evening of the Oscars in Hollywood. From 2018 City Gala proceeds, AWELF made a donation to INROADS to send 100 young people through its new entrepreneurship and leadership program called W.I.S.E – Wylie Initiative For The Study for Entrepreneurship. 2019’s upcoming Gala will further honor Forest Harper, CEO of INROADS, with our Hero Award for his long-standing commitment to promoting diversity in the workplace.

Your generous donations enable us to continue building young entrepreneurs & leaders around the globe! Thank you for your continued support.